A Decade of Powerful Marketing Campaigns

A Decade of Outstanding Campaigns

In our 2020 countdown, we celebrate campaigns that caught our eye from the last decade. From TV ads that captured our hearts to environmental campaigns that helped to raise awareness.

The ‘twenty-tens’ were revolutionary for marketing campaigns, with agencies and brands creating bolder, more rebellious content to challenge the world around us.

We list our top ten picks below. Check out our Instagram to see the countdown in it’s full glory.

Greenpeace produced this animated video for Iceland that went viral and ‘broke the internet’. Originally created to contend with the influx of big-budget Christmas ads of 2018, the piece was banned from being shown on TV as it was deemed ‘too political’.

Iceland and Greenpeace instead turned to social media to spread the word, and the animated video reached millions.

Iceland became the first UK supermarket to pledge to remove palm oil from all of its own-brand produce. Due to deforestation and loss of habitat – orangutans are classified as critically endangered.

The emotive and telling campaign stands out against all other Christmas ads.

“How” was the theme of Google’s 2017 Year in Search video, their annual breakdown of the year’s search trends

The videos’ theme is around our constant need to question, to find the answer, to discover and to help others.

The video starts off by highlighting the bad, showing natural disasters, famine and worldwide issues. It then goes on to cover the more positive changes from 2017, with scenes of people rallying together, the #metoo movement and how to be fearless.

Google’s video reminds us that the world is constantly changing and encourages us to go out there and make a positive change.

When Pantone released the news that the 2019 colour would be ‘Living Coral’ they faced some backlash.

However, Pantone addressed this head-on with their Glowing, Glowing, Gone campaign. Partnering with Adobe and The Ocean Agency, the campaign spread awareness of the issue, and Pantone encouraged designers to show their support through creative visuals. 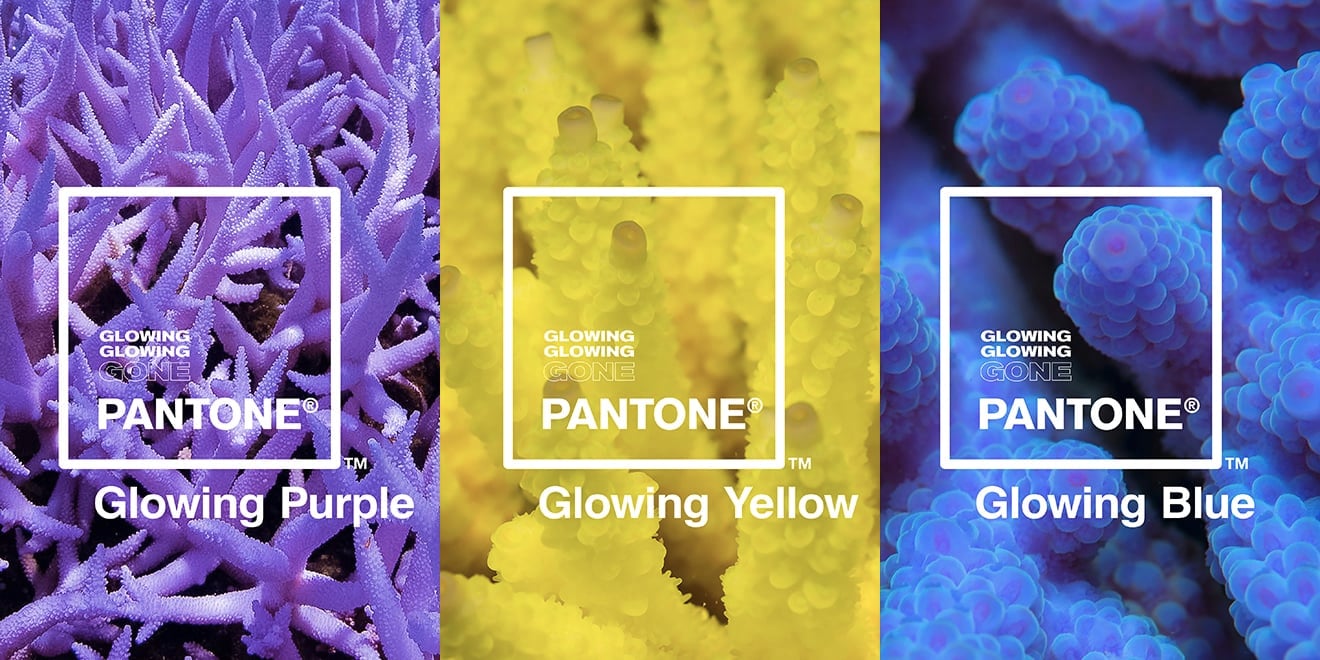 Gillette released a short film titled ‘First Shave’ which stared Samson, a transgender teen, who is getting taught how to shave for the first time by his father. Samson talks openly about his positive feelings since his transition.

The film has been praised with a positive response on social media. Many applauded the brand for addressing a subject that resonates so much with the trans community and their families.

Whenever, wherever, however it happens – your first shave is special.

WWF launched a social media campaign to support their efforts to protect endangered species and their habitat.

The idea behind the #EndangeredEmoji campaign was due to the 17 characters in the emoji alphabet which represent endangered species.

With this, WWF aimed to increase donations through social media for the first time. Celebrities and influencers widely shared the campaign with their audiences, creating a buzz on social media.

As emojis are a global language, it encouraged people from all over the world to get involved.

Always launched a campaign that provided creative insight into gender stereotypes in today’s culture. In their campaign, they highlighted how gender stereotypes are so ingrained in our society that it’s even a part of everyday language. Such as phrases like “you run like a girl”.

The advertisement features young girls who address what the phrases mean to them and they use words like “strong” and “fast,” rather than conforming to what society says run like a girl means. The campaign won a primetime Emmy award for ‘Outstanding Commercial.’

The US lecturer receives more than 50,000 tweets a year that are meant for the retail giant. His twitter handle is @johnlewis, whereas the retail store uses the handle @jlandpartners.

He gets inundated with tweets around Christmas time as people anticipate John Lewis Christmas ads, so Twitter created their own campaign called #NotARetailStore.

You've been asking about the John Lewis advert, well here it is…@TwitterUK gave me a starring role in my very own Christmas #ad#NotARetailStore pic.twitter.com/In3b9uHDtm

While this was an American advertisement, this campaign went viral as it brought appreciation to the toughest job in the world: being a mother.

For this campaign, American Greetings created a fake job advertisement looking for a “Director of Operations”. They then conducted fake interviews with people who responded to the advert and described unrealistic job expectations and informing the job would pay nothing. When people said they wouldn’t do that much work for free, the interviewer informed them of the fake job listing and that the job description was describing what mothers do, much to the interviewees’ surprise.

This campaign brought to light an appreciation for the toughest job in the world.

Lush used live demonstrations in 2012 to showcase the cruelty and torture animals go through when being tested on for make-up brands.

To raise awareness, they had a woman dragged through the streets of London where she was placed in front of a crowd of people and experimented on like a laboratory animal. She was injected, force-fed and even had her hair shaved off.

While the video is difficult to watch, it shows the horrors that animals face because of the industry. This campaign was so impactful as it was live-streamed and went on for over 10 hours. Staff encouraged people to sign their petition to ban the sale of all animal-tested products in the EU, which was made law in 2013.

Lastly, one of our personal favourite campaigns comes from the mobile provider, Three.

Three’s ad was filmed in Scotland and is a classic campaign that went viral, sparking parodies, memes and more. The advert shows a Shetland pony moonwalking to Fleetwood Mac’s ‘Everywhere’.

The campaign worked because it was humorous and conversation-worthy. Not taking themselves too seriously, Three inspired their audience to share the ad, even creating The Pony Mixer.

So there we have it, our favourite campaigns of the decade! We’ve continued this round-up over on our Instagram, take a look. Do you have any other favourites? Let us know, we’d love to hear them.

In today’s thriving technological world, how can sporting individuals and teams harness technology to succeed in their respective fields? We know that sporting success is determined by results, so...

How did you get that job? Junior Web Developer at Yard

Unlike most of the people I know who work in the digital sector, I didn’t take what would be considered a conventional path into the job. In fact, my undergraduate...