Cancel Culture – Why Brands Should Listen Up

So, what is cancel culture, and when did it start?

No, we’re not talking about your favourite TV series being cancelled.

Cancel culture is the practice of silencing an individual, or company, en masse because of their perceived toxic views, offensive opinions or controversial actions. This movement, usually carried out on social media, aims to remove the perpetrator’s platform and influence by boycotting them.

Cancel culture, also referred to as call-out culture, originated on Twitter and was born out of movements like #MeToo. Twitter was used to publicly demand accountability and justice at scale. In an interview for The New York Times, Professor Lisa Nakamura, a scholar in the role of race, gender and sexuality in digital media, states: “It’s a cultural boycott…It’s an agreement not to amplify, signal boost, give money to.”

Similarly, being ‘woke’ calls for companies and individuals to be conscious of racial and social injustices, in order to challenge them. This form of online activism has become embedded in social media, and there is an expectation that it’s the responsibility of brands to lead by example.

Instagram account Diet Prada, calls out misconduct in the fashion industry and has amassed 2 million followers. Whether its cultural appropriation, unethical working conditions or LGBTQ+phobic narratives; the account is known for outing brands and holding corporations accountable for their actions. An example of this is when they called out Gucci for its insensitive designs resembling stereotypical representations of blackface. Outraged Twitter users put out a call to arms, encouraging the community to boycott the brand.

Gucci immediately pulled the product and issued an apology, stating they were committed to increasing diversity throughout the organisation and will treat this as a ‘powerful learning moment’. Gucci has since brought in Renée Tirado to head their diversity and inclusion initiative – a first in the brand’s 99-year history. It’s clear that being held accountable and the threat of being ‘cancelled’ can jolt brands into action. Sadly, this type of blatant ignorance and lack of context is commonplace and highlights the need for diversity of thought within companies.

Fashion can’t seem to learn from its mistakes. Back in February 2018, dozens of iterations of the balaclava walked the @gucci runway in Milan. Based on vintage DIY knit ski masks, no one clocked them at the time for having any racist connotations…or maybe they went unnoticed among the layers and layers of styling. Rihanna even wore one version just a couple months later at Coachella. ⠀⠀⠀⠀⠀⠀⠀⠀⠀ Last night though, a knit black turtleneck balaclava with red cut-out lips resembling blackface that wasn’t on the runway, caught twitter’s attention…and Gucci’s almost immediately. Within a few hours, they pulled the sweater from sale and issued an apology. All things considered, it’s probably clear now that these brands are severely lacking the cultural context and knowledge to avoid these same pitfalls. If these global brands are serious about their commitment to increasing corporate diversity, it needs to happen at all levels and departments, not just the creative teams. ⠀⠀⠀⠀⠀⠀⠀⠀⠀ • #gucci #skimask #fashion #knitwear #blackface #blackhistorymonth #luxury #luxurybrand #europeanfashion #turtleneck #balaclava #diy #knittingpattern #vintageknitting #pinterest #pinterestfail #rihanna #milanfashionweek #mfw #mfwss18 #ss18 #dietprada

Social media is how millions of people access news in real-time and connect with like-minded communities. It allows for groups of people that are largely underrepresented in mainstream media to come together and make their voices heard. It also creates a platform for open discussions about more controversial topics and helps people see two sides to a story. It’s a reminder that bigoted views (Trump, we’re looking at you) aren’t the only opinions out there. That’s why, when an influential company or person shows toxic behaviour, many feel it’s their duty to stand up to them and call out the harmful train of thought.

With cancel culture and a need to be ‘woke’, expectations of brands have never been higher, and there’s no place to hide anymore. It can be ruthless; however, it can also be fleeting. If a brand shows genuine remorse and action in order to do better, then opinions can slowly change.

Repairing relationships with customers after a boycott or ‘cancellation’ is difficult to navigate. Emma Monks states that brands have to ‘swallow their corporate pride’ and start actively listening to their audience. Monks advises that it’s vital for brands to have a solid communication strategy and action plan if trouble strikes. She claims that if a brand becomes embroiled with an issue, a fast and authentic response can help.

Acknowledging culpability and the necessity to do more is key. A genuine, human apology can start the process of building bridges – however, this is futile if a brand then recedes into silence. Businesses need to show transparency, be dedicated to change and outline the steps they will take to make amends and do better.

The power of social media solidarity

Most recently, brands have spoken out in support of the BLM movement; however, some are coming under fire for being opportunistic. This is referred to as showing empty activism (slacktivism).

While some companies are donating directly to the cause and publishing resources in support of the issue, others have been described as only showing performative allyship. Holiday Phillips recounted it as ‘transient. A passing story. A repost. For the gram… cheap and inauthentic.’

Performative allyship is when brands release corporate statements of outrage, without scratching the surface of the issue or taking action past reposting a hashtag. 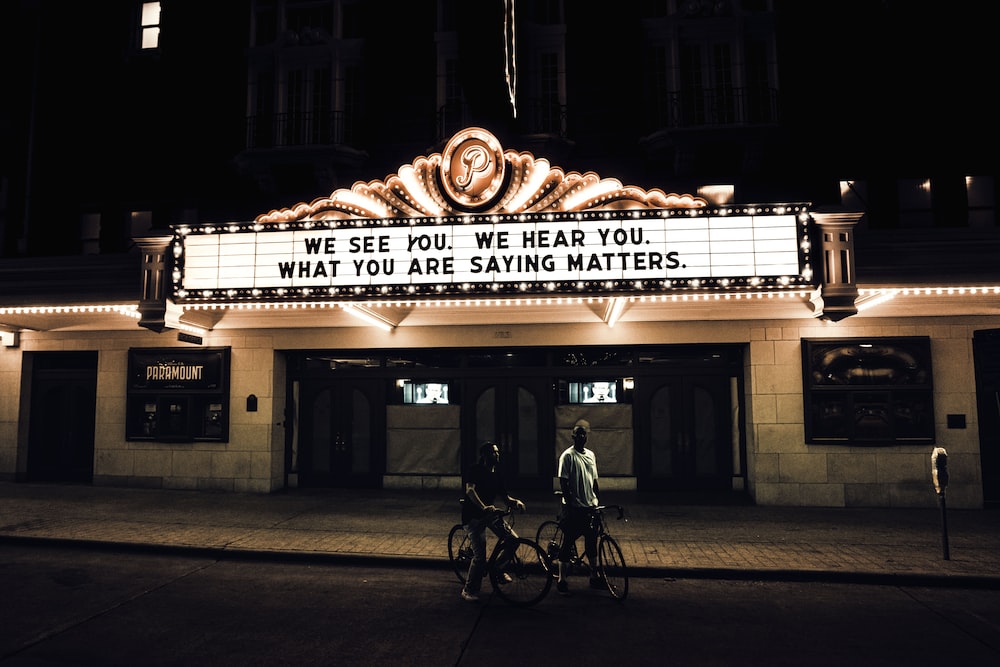 Some brands are cautious of conflict and try to steer clear of difficult political or social issues – hoping that they don’t become associated with anything ‘politically incorrect’. This can be problematic in itself. It’s impossible to have everyone agree with everything that you do or say, especially on social media where there is no filter. However, taking a back seat on important issues when your audience needs your support the most, is not enough.

The key is for brands to be honest, open and proactive. Companies must ensure that the issues they show support for online, are things that are written into their organisational culture. From diversity to gender equality – talk is cheap unless you’re taking action and making changes.

Cancel culture brings attention to important topics and pushes for change, but many high profile individuals have challenged the movement. Even Obama has spoken out on the dangers of cancel culture, suggesting that it leaves no room for people to learn from their mistakes. Calls for cancellation or apologies are often met by the jeer ‘snowflake’, an umbrella term used to mock someone who is ‘easily offended’.

In an extensive piece on the downplay of cancel culture, Osita Nwanevu states:

‘The critics of cancel culture are plainly threatened not by a new and uniquely powerful kind of public criticism but by a new set of critics: young progressives, including many minorities and women who, largely through social media, have obtained a seat at the table’

While it’s true that in some instances, social media does descend into frivolous arguments and calls for ‘cancellation’ are dragged into these debates; on the whole, the movement has a positive effect. As Nwanevu argues, this is the ‘greatest period of free expression in the history of mankind.’ Social media has truly levelled the playing field and made way for marginalised people to make their voices heard.

Rather than having a looming fear about being cancelled, brands should see it as an opportunity. It’s an age to learn and engage in conversations that would otherwise be silenced. It’s time to listen, educate and step in the direction of change.

Want to know how your brand can become more authentic? Digital PR Lead, Kirsty Anderson, talks about the art of communication and how brands so easily get it wrong.

Want to talk to us about your communications strategy? Get in touch, we’re all ears!

Meet the Yardies – Beth and Lauren

March: A new spring in our step